Kangaroo x2 adds self-tuning feedback motion control to your Sabertooth or SyRen motor driver. It can be used with quadrature encoders or potentiometers to provide position or speed control. It supports one or two feedback channels.

Feedback control has always been highly desirable for mechanical systems. Being able to tell your device to move an exact amount, at a specific speed or to a certain position, and have it reliably and repeatably do so, regardless of the load or disturbances, has obvious benefits. However, PID and other controllers have to be carefully tuned to get acceptable results. Feedback tuning is difficult, time consuming and requires advanced math and physics knowledge.

Kangaroo x2 is the first self-tuning controller in its class. Instead of requiring you to measure, model and calculate the system, the controller itself will figure everything out after a few switch settings and button presses. In the time it takes to get a tasty snack, you can come back to a perfectly tuned system ready to accept your commands.

Instead of requiring you to use a microcontroller to do closed loop control, Kangaroo x2 works from analog and radio control sources as well as microcontrollers and computers. You can, for example, use it to build that two horsepower R/C servo you’ve always needed as the final piece of your doomsday device. Just remember who helped when the vaporizing starts.

During operation, you can command speeds, positions or combined commands like “move to 37 inches at a speed of 4 inches per second.” You can also have the Kangaroo x2 report back speeds and positions while it is running. A mixed mode allows for unstoppable mobile robots with differential drive or tank style steering.

If you need to get your product under control, Kangaroo x2 is the best way to do it. 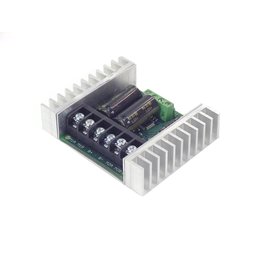 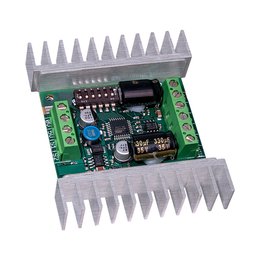 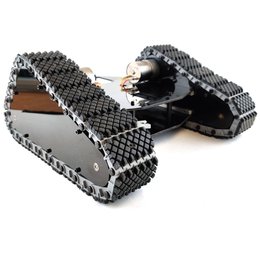